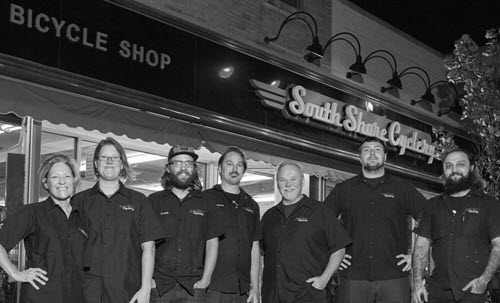 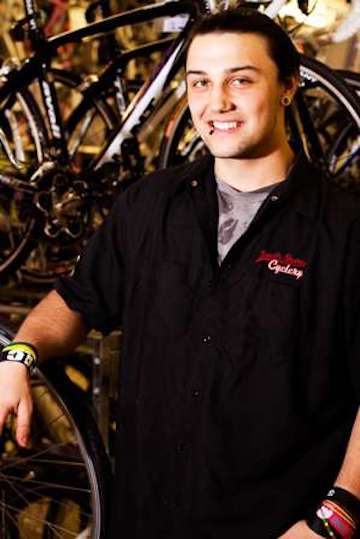 Jake has been on the SSC Team for 5 years now. He catches on fast and has become an important part of the staff at SSC in short order.

One of Jake's favorite bicycle memories was a moment he had with his Mongoose BMX style bike, at the age of 7 years old. After owning the bike for only a week or so, the family dog decided that the bike seat looked ‘appetizing'. The dog ended up inhaling most of the cushioned part of the seat, but Jake was a resourceful lad. He ended up ‘MacGyvering' himself a new seat by using red fabric, cotton balls and a stapler and even though staples would jab his behind at times, he rode that bike until it just didn't ride anymore.

Since then, Jake has graduated from Park Tool School and is well-versed in so much more than how to change a seat correctly. 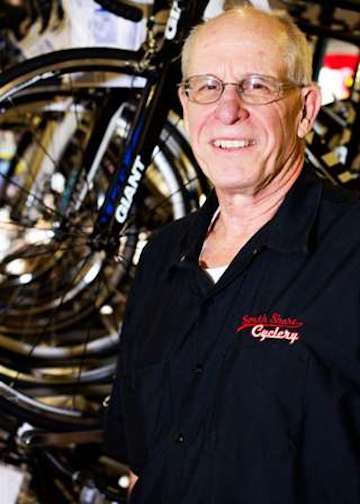 Roy does it all and has done it all!  A rarity in any bicycle shop these days is someone who can fix bicycles, have extensive bicycle touring experience, and can help a customer find the right bicycle for their needs.

Roy affectionately calls himself "The Old Guy" when asked what his title is at South Shore Cyclery. Truth be told, Roy has years of experience taking apart and fixing bikes dating back to his early teenage years. What attracted him to this kind of work was the fact that, at the time, it was one of the few jobs that was Customer Service oriented.  Basically, Roy likes to talk, a lot but, with years of experience you will want to pay good attention to what he has to say.

- The 'Thanks' he receives upon fixing someone's bike.

- The year he rode with his daughter in the Miller Lite Ride for the Arts. They rode on a tandem together. At the time she was going to college out of state.

- The numerous B&Bs (Bike & Beer) tours with Scott Wilke to northern Wisconsin. He could go on about these rides as well as numerous other rides he has taken across the country, but one of his most notable rides was in Virginia called, Lee's Retreat. This ride  followed Lee's Retreat from Richmond to Appomattox, VA. People in Civil War era dress discussing the historical significance of various rest stops along the way. The second notable ride was the year he rode from his home in Oak Creek, WI to Portland, Maine 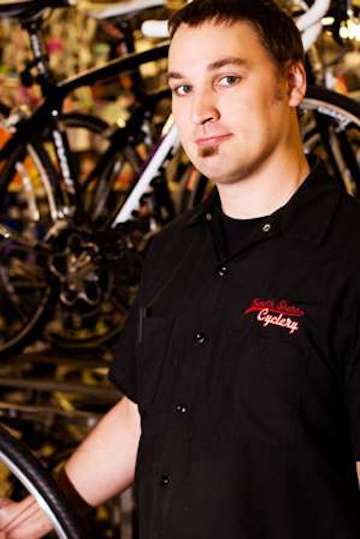 With 14 years of experience under his belt, Steve's fascination with bikes started long before he had ever ridden one. He remembers watching his father patch a tube in a tubular tire, sew it back up, and glue it on the rim.  From that moment on, he thought, "bikes are strange".  After fixing up an AMF 5 speed with solid tires and position shifters, then rebuilding the hub bearings on a set of mags from a Haro Sport, Steve just  wasn't convinced he knew enough about what he was doing.  But he kept riding and  fixing multiple junk bikes found around town until a friend told him about this 'cool bike shop'.  Steve marched right over there and left with a 16" wheeled CROMO Jamis scooter, the shop then was North Shore Cyclery, the predecessor to South Shore Cyclery.  Steve returned time and time again to North Shore, so often that he was eventually offered a job in his teens.  Years have passed and so has other lines of work.  In 2004 Steve was offered ownership in South Shore Cyclery, located in Cudahy, and along with his business partner Scott Wilke run the operation today.  Steve and Scott represent the third ownership group in a Milwaukee bicycling institution dating back to 1987. 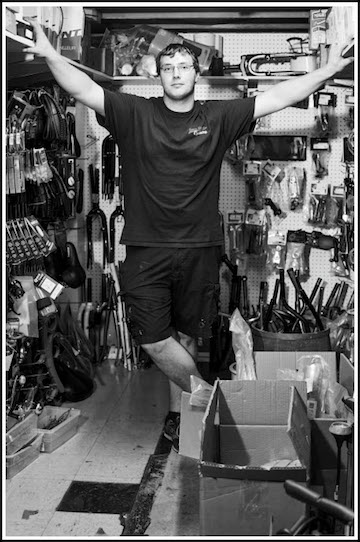 Kevin, also known as Chico, has been with company for nine years, and as long as he could remember he wanted to work for a bike shop. When he was younger his dad always helped him fix his bikes.  Until three years ago he found another gig, but he keeps coming back to South Shore Cyclery to help out when needed.

His fondest memory of biking would be a trip to St. Louis from Milwaukee with his brothers and a friend.  He loved the excitement of knowing anything could happen during the ride.  He usually rides road bikes, his fleet consists of a early 90's Fuji Team, single speed Pake, and a Leader road bike; all built up from the frame.

Kevin will be getting married in September 2013, to his beautiful fiance, whom he met at the shop through mutual friends.  It's great to be a part of the South Shore Cyclery family! 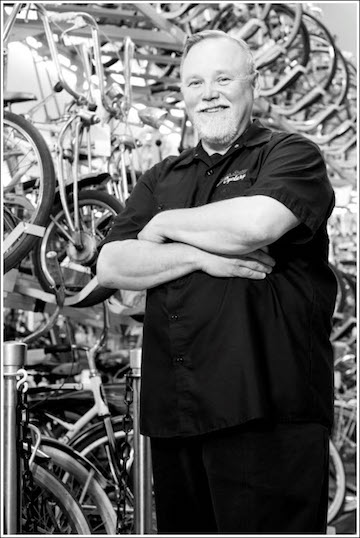 Check out the links below to find out more about the Bicycle Collector and co-owner of South Shore Cyclery. 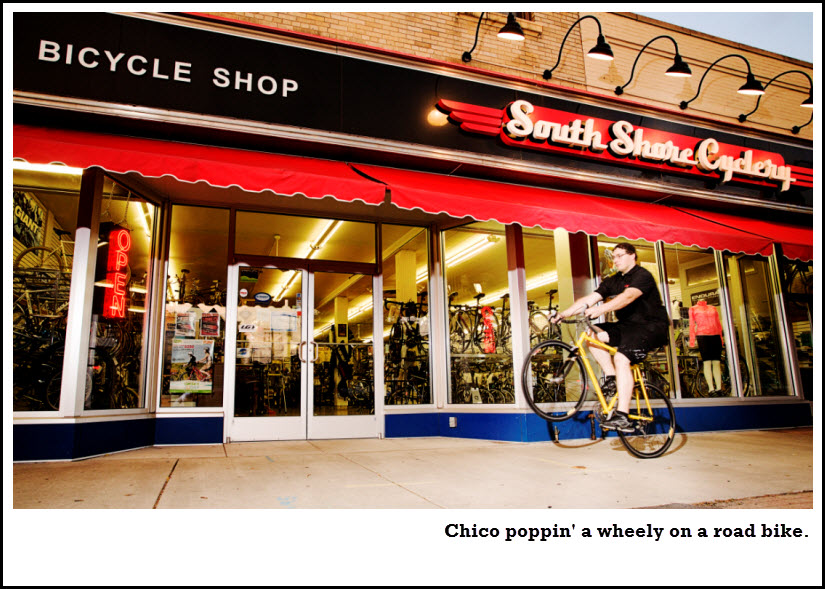